The Bollinger County Stray Project is not only a pet project of mine but also of my husband Michael B. Neville. He is an accomplished saxophone player encouraged by Project foster Karen Sanders to create a CD.

I had reservations. Not because of his talent and sound which is unique, but because I feared a CD would not do justice to the sweet and sensual sound of his sax. So many CD’s that I have heard from other small time musicians were poorly mixed. They also sounded tin-canny compared to the top ten sounds you hear on a good stereo or from the radio system in a vehicle.

So Michael put “the wish” in a bucket and October of 2016 he told me he wanted to cut a CD and that he would only do so if the end product sounded professional.

To understand his choice of music and the feelings he puts into his music it helps to understand the man and his history. This week’s report is a continuation of Michael’s life growing up as a musician, with mention of some of the dogs who were devoted to him.

As a teenager Michael played his mother’s old silver saxophone in several bars, particularly a little hopping establishment called Joe’s Place in Hixon Tennessee, outside of Chattanooga. He had learned to play by ear, a gift few musicians have, by playing to the popular tunes of the day on the radio. By his side was his 80pound brown mutt named Duke.

Chattanooga was a wild city. The Lupton Estate, owned by the family who owned the Coca Cola Company, was a favorite place to “visit”. The boys told Michael no one lived there, yet the huge estate was maliciously groomed, the pool was filled, and the house had a pipe organ that Michael remembers. He said they never damaged anything on the property.

The boys would crawl over the fence and swim the pool. Michael does not recall ever being caught, but he knew they had no right being there. He recalls the estate as beautiful and swimming on the property as exciting, but wrong. It was one of those things that would always be in the back of his mind when in later years when he was a federal agent for the FBI.

He realized kids and adults may do things as a dare or be careless, but if they have parents who teach them morals…their heart and minds will go back to their early teaching to have respect for other’s property and their life.

When age 17, 1954, before I was born and when Michael was a senior in Chattanooga, he and some friends were talking to a guy who had been a paratrooper in the Korean War. He had a friend with a plane and the boys were fascinated by him. He owned two parachutes. Michael can’t remember exactly what he said, either that it would be exciting to jump out and fly in a parachute or if he flat out said he would like to fly by parachute, but he does remember the others with a dare, and so this Golden Glove Boxer, high school musician went in a small engine plane for the first time in his life while wearing a parachute and a sober face.

He recalls stepping out of the little plane, holding on to a bar placed on the wing, also used to hold the wing to the plane, and then letting go to fall then fly to earth.

When talking to Michael about his history, he paused then said, “What I did.. that was just crazy. I remember how grateful I was when the chute opened!”

This is the story of his youth that most fascinates me. I do understand this kid because even though his music is so emotional, his shell is strong as steel. His bravery is that of few people I have known in my lifetime.

Music allows a person to be say things they wouldn’t or could not in a normal conversation but the sweetness of the notes or the words of the song.

Currently Michael is reading a biography by Jessi Colter, wife of deceased singer Waylon Jennings. Michael’s daughter is her neighbor in Arizona. Jessie called Michael on his 80th birthday to wish him well.

In her book she wrote that Waylon was unfaithful and had a drug problem for years. She still stood by his side and instead of hate and fighting she wrote her feelings in songs, many well known country and pop hits. A good musician puts emotion in their music. They feel their music. Being a singer Jessi not only wrote the words but sang with a crying tone. She “wore her emotions in her music.”

Michael wanted a good life. He decided to go to college to get a better paying job and signed up with the 82nd Airborne to be a paratrooper. He was in the Army for two years and jumped out of a plane five more times. He said, “I actually rode in an airplane six times in my life before I landed on the ground while in a plane.”

While in the military Michael put down his sax for over two years not playing his music. He had no dog to pal with, but I bet there wasn’t a dog close by he did not pet. So his buddies in the military were his influence and memories. He recalls a Saturday night at the ocean in Virginia Beach where he and another paratrooper slept in a convertible, two more slept on the beach. Sunday morning church members were staring at them as they paraded by to go to the church they had parked next to.

Michael’s parents were devout Christians. Understanding his upbringing I can imagine why this memory is so vivid and embarrassing.

Michael was not a drinker then or now. In fact, I don’t recall him ever ordering a hard drink in the 28 years I have known him.

After the Army Michael moved back to St. Louis then came home to where he was born, Cape Girardeau Missouri, and went to college thanks to the GI Bill.

Michael would return to family, to the music and sax he so enjoyed. He got his dog fix from friend’s pets. The experiences in his childhood, his boxing, and the military were influencing the feeling and soul he was developing in his music.

It is easy and it is only “pennies for the pets” we care for. 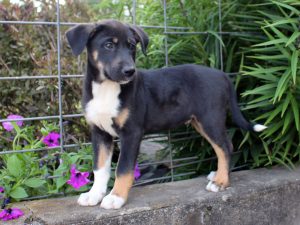 Six pups mixed with Collie, Lab and more are up for adoption. They are as sweet as their mom who was known as Red Dog at the Zalma Rustic Inn Bar where she had this litter 8 weeks ago. Pups are $150 to $200 each including their puppy shots, neuter or spay and rabies shot if vetted at one of our three local partner veterinarians. Smart, beautiful conformation, and great temperaments: call 573-722-3035 to adopt.

… Mother of the Rustic Bar litter was returned. She loved the little kids so much she developed separation anxiety when they were out of the house and tore up some ceiling to floor blinds.

… Four Dachshund mix puppies adopted to families in Perryville, Jackson, Cape, and one went to Cedar Rapids Iowa this weekend.

… Elderly Beagle female dumped near Twin Bridges was fostered and adopted by a gal in Jackson. The dog has mammary tumors, was covered in fleas and ticks, thin, and has Ehrlichia.

… Two grey and one black kitten, all long coats, age 8 weeks up for adoption.